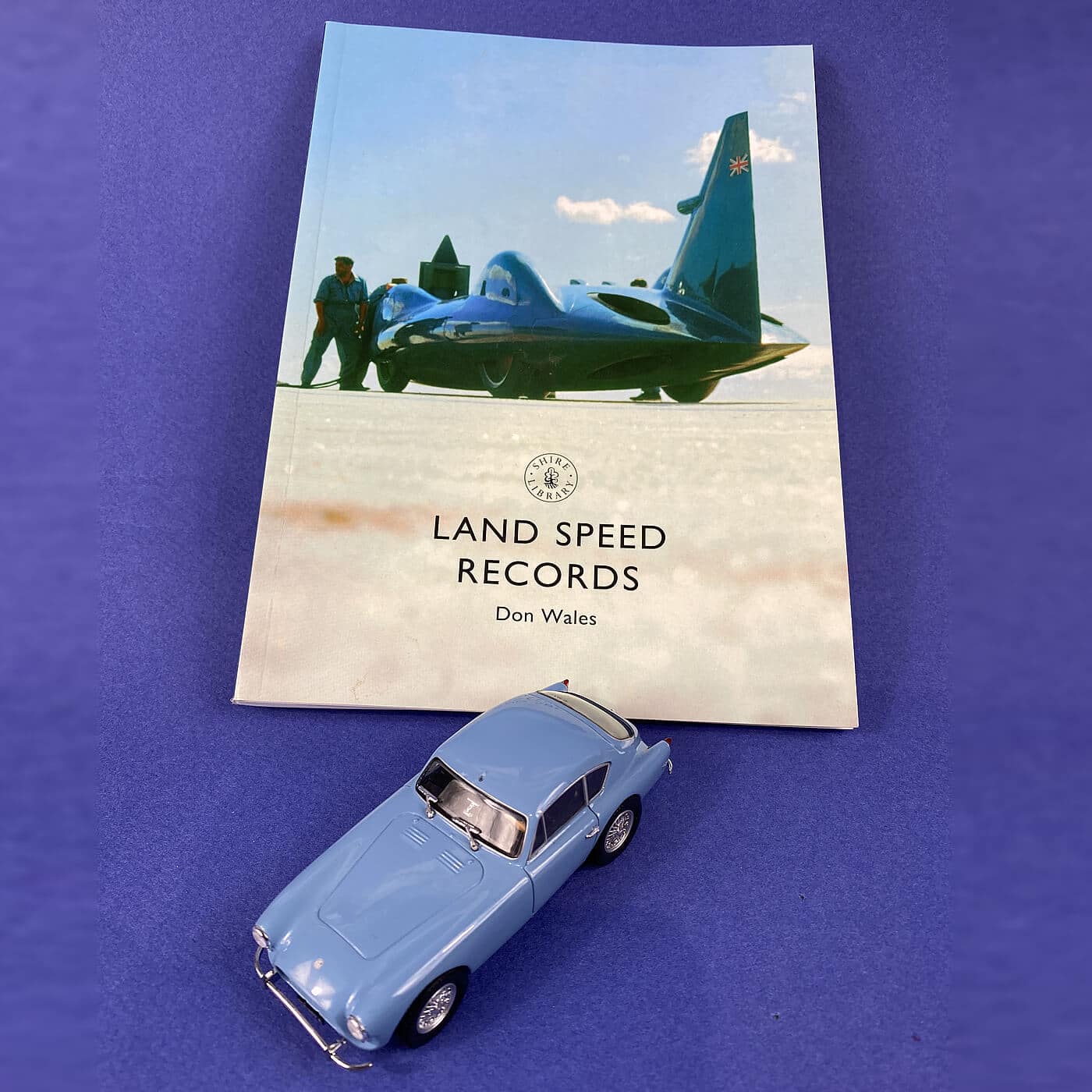 Time at Christmas and the third Lockdown meant that I revisited some of my books on Donald Campbell and other land speed legends. Whilst there are many excellent books available, especially Neil Sheppard’s ‘Bluebird and the Final Record Attempt’, I gravitate toward a compact book by Don Wales, simply called, ‘Land Speed Records’.

The book spans the early record attempts, such as that of Leon Serpollet in his ‘Easter Egg’ on the promenade at Bexhill on Sea in 1902; through to Andy Green’s shattering attempt in 1997.

Throughout the book the photographs are brilliant. A photograph of the diminutive Leo Villa alongside Bluebird CN7 puts speed record breaking into perspective. These record breakers drove massive, powerful machines. 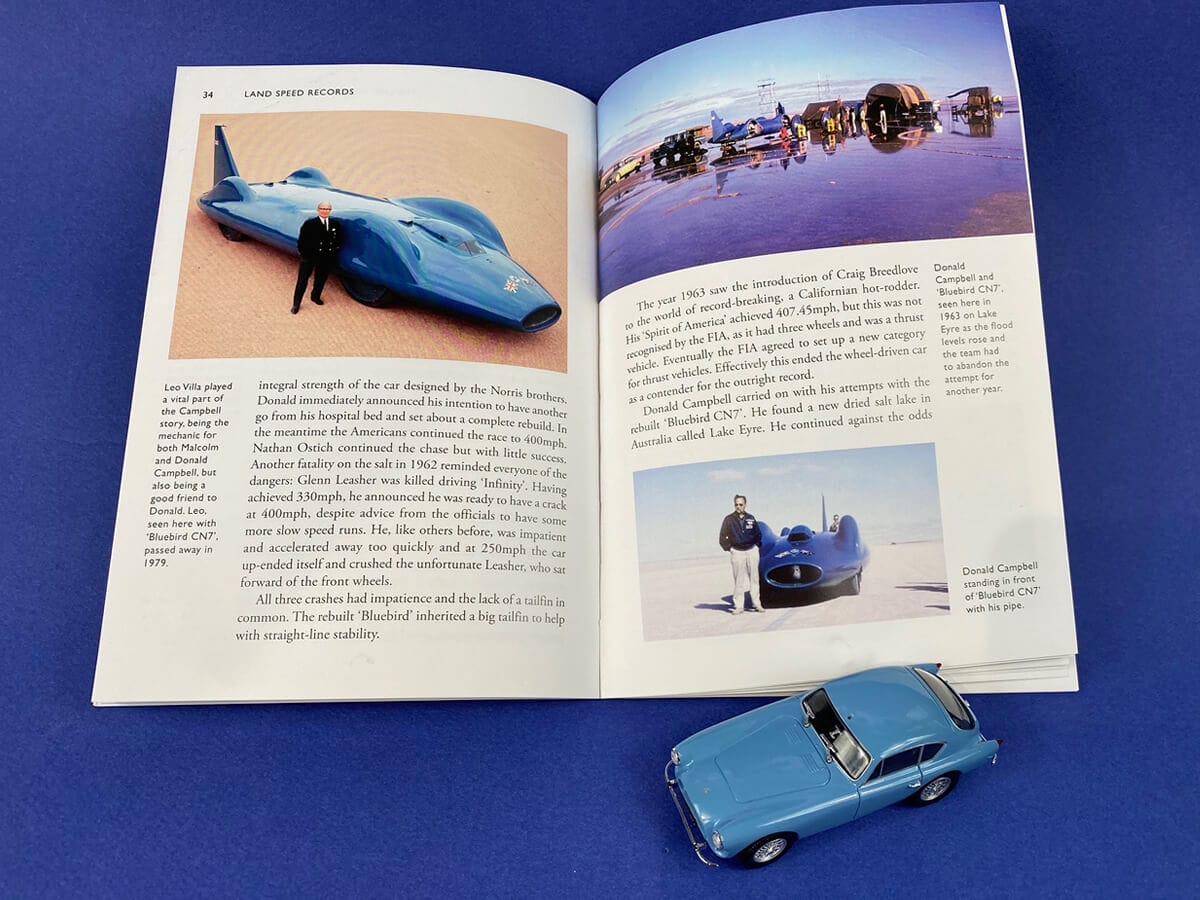 Luckily, my little ‘AC Bluebird’ won’t be setting out to break any speed records this year. But we are signed up for the Ennstal Classic Rally in Austria in July, if Boris lets us travel by then.