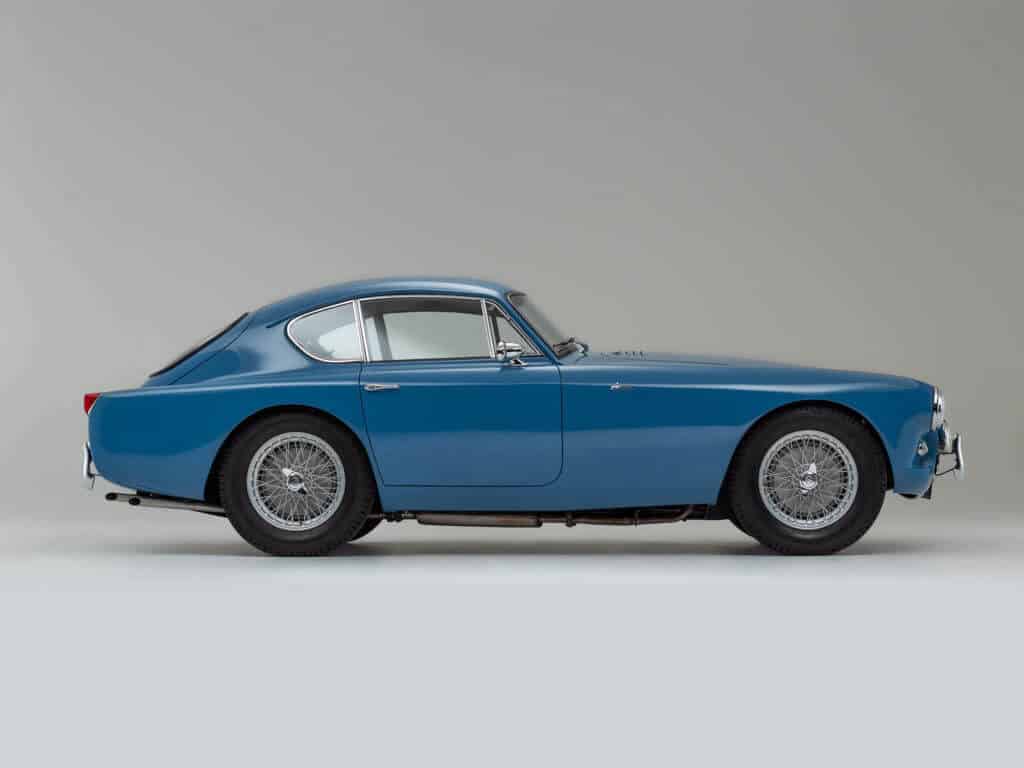 This lovely old car is a survivor. Launched in 1954 with immediate success as Car of the Year at the Earls Court Motor Show, then acclaimed and improved by the world land and water speed record holder Donald Campbell. Subsequently, the Aceca had wealthy owners and was driven to high society events around London, before eventually falling into the wrong hands and slipping into decay and deprivation. A fallen star, ignored and neglected.

Rescue and restoration came in the late sixties and also in the eighties. In the eighties there was the excitement of being driven at speed on hill-climbs and sprint races.

A further thorough and comprehensive three year restoration took place from 2015 resulting in the car being fully restored to how it looked in the Donald Campbell era.

Now the future is looking good for this rejuvenated celebrity. A headline appearance on the world stage at the Essen Techno Classica 2019 in April. Then in May, competing in the 2019 Mille Miglia, to achieve a milestone that Donald Campbell never accomplished. The Mille Miglia will be followed by a starring role in a new motoring TV programme to be launched later this year. There will also be various charity appearances and it is hoped the AC can return to Coniston Water, and possibly make an appearance alongside Donald Campbell’s magnificent, fully restored, K7.